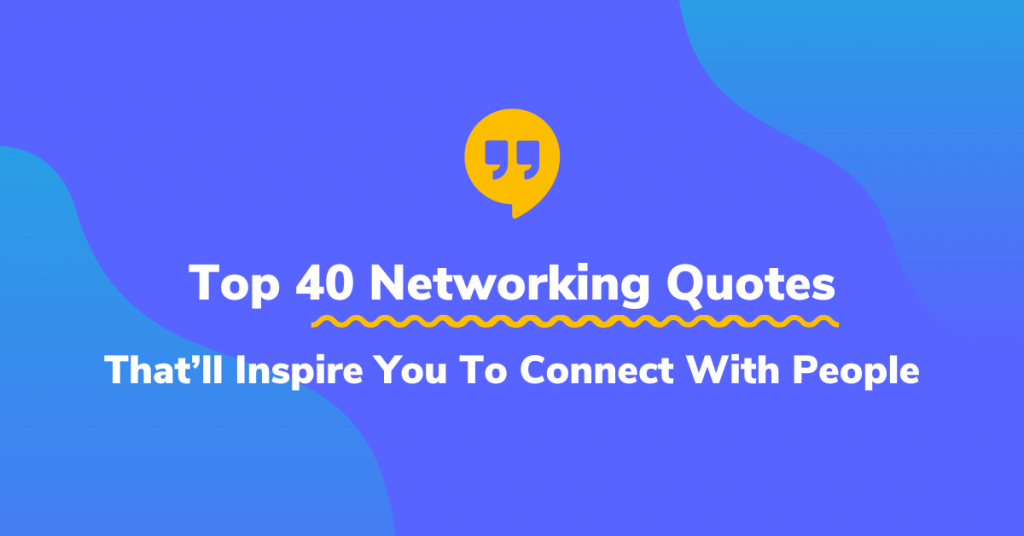 We captivated 40 best networking quotes that can inspire you to improve your networking and think about executing it more in your everyday life.

You’ve probably heard Jim Rohn’s quote, “You are the average of the five people you spend the most time with,” millions of times.

Well, believe it or not, it’s true.

That’s why networking is so important.

Connecting with industry leaders and professionals can be critical to your own career and business growth.

It provides you with new opportunities for professional growth and even contributes to making your business as successful as it can be.

You probably do some networking to gain new business or simply to promote your brand.

You have to make an effort to network.

And networking quotes might be a great source of inspiration and start to it.

We captivated 40 best networking quotes that can inspire you to improve your networking and think about executing it more in your everyday life.

1. “You can have everything in life you want if you will just help enough other people get what they want” – Zig Ziglar

2. “Success isn’t how much money you make. It’s about the difference you make in people’s lives.” – Michelle Obama

3. “When you consider the importance of Word-of-Mouth (WoM), referrals, recommendations, and knowledge-sharing do you even have a choice? Your network is your everything.” – Vedran Rasic

4. “Your network is your net worth.” – Porter Gale

5. “ Linkedin is a networking event that goes 24/7 Don’t be the guy in the corner taking sips from an empty cup. Go introduce yourself. Post. Engage. Start conversations. And have fun.” – Ivan Falco

6. “Technology is nothing. What’s important is that you have faith in people, that they’re basically good and smart, and if you give them tools, they’ll do wonderful things with them.” – Steve Jobs

7. “Networking is more about farming than it is about hunting.” – Ivan Misner

9. “Networking is the No.1 unwritten rule of success in business.” – Sallie Krawcheck

10. “All the time and effort put into networking can be all for naught if there is no follow-through. The same goes for sales. And leadership. And well, everything.” – Beth Ramsay

13. “The richest people in the world build networks. Everyone else is trained to look for work.” – Robert Kiyosaki

16. “Build a relationship with people you do serious business with. One can escape a deal but not a relation easily.“ – Sunita Biddu

17. “Succeeding in business is all about making connections.“ – Richard Branson

18. “Networking is an investment in your business. It takes time and when done correctly can yield great results for years to come. – Diane Helbig

19. “Everyone should build their network before they need it.” – Dave Delaney

20. “The business that leaders are in today is the business of transforming awareness… There is a deep longing for more meaning, for connections.” – Otto Scharmer

21. “Everyone you’ll ever meet knows something you don’t.” – Bill Nye

22. “Business happens over years and years. Value is measured in the total upside of a business relationship, not by how much you squeezed out in any one deal.” – Mark Cuban

24. “If I would be given a chance to start all over again, I would choose NETWORK MARKETING.” – Bill Gates

25. “You can close more business in two months by becoming interested in other people than you can in two years by trying to get people interested in you.” – Dale Carnegie

26. “Networking is a lot like nutrition and fitness: we know what to do, the hard part is making it a top priority.” – Herminia Ibarra

27. “To be successful, you have to be able to relate to people; they have to be satisfied with your personality to be able to do business with you and to build a relationship with mutual trust.” – George Ross

29. “Networking is marketing. Marketing yourself, your uniqueness, what you stand for.” – Christine Comaford-Lynch

30. “It’s great to spend time at a networking event with someone you know and like. But that’s not what you’re there for. Your goal is to expand your network by meeting new people.” – Beth Ramsay

32. “Social media is not about the exploitation of technology but service to the community.” – Simon Mainwaring

33. “Inversely, when you are in a small group of people or friends, and you don’t make an effort to speak to everyone, it may be considered as rude. Rather than run the risk of people feeling neglected or dismissed, make an effort to Mix, Mingle and Glow…” – Susan C. Young

34. “Networking is an enrichment program, not an entitlement program.” – Susan RoAne

35. “If we create networks with the sole intention of getting something, we won’t succeed. We can’t pursue the benefits of networks; the benefits ensue from investments in meaningful activities and relationships.” – Adam Grant

36. “Networking is simply the cultivating of mutually beneficial, give-and-take, win-win relationships. It works best, however, when emphasizing the “give” part.” – Bob Burg

37. “What makes networking work is that it sets up win-win situations in which all parties involved get to take something home. Networking is a sharing process. Until you understand that, you won’t have much of a network.” – Earl G. Graves, Sr.

40. “The opposite of networking is not working.” – Someone Smart

We hope you found some interesting quotes that will inspire you to work on your networking skills. 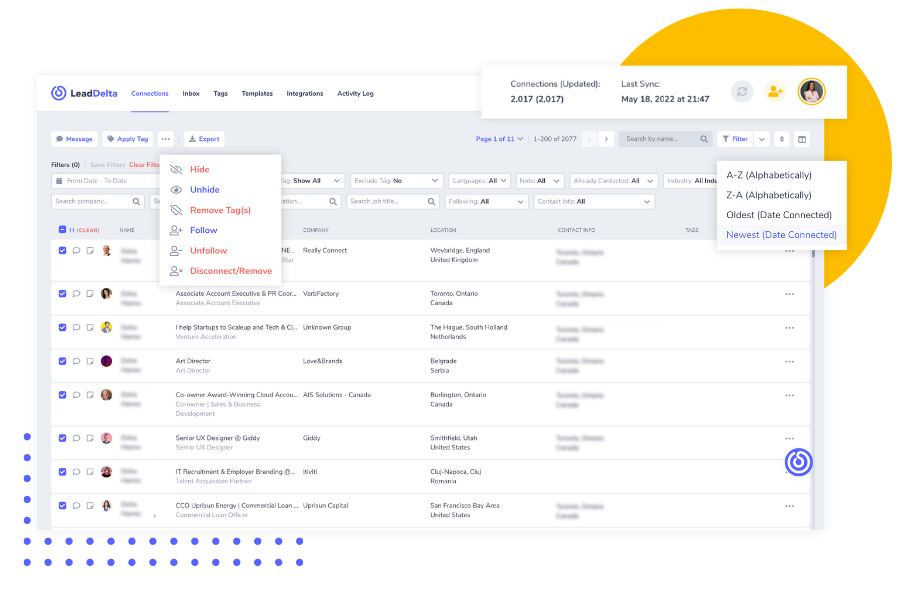